I've always been indecisive. I'm that person who clicks on the "buy" button and then immediately checks the return policy. And that's after spreadsheeting fifty different options of the item I just bought, whether it's a three-pack of socks or a new computer.

I'm the same way with office or extracurricular discussions. I like to tell myself it's because I take in all sides, that I don't identify with people who believe they're right or chosen, that other people have just as much right to their opinion as I have to mine. It's an Aquarian trait, or so I have read.

As a white man of a certain amount of mediocrity, I have the luxury of not having to be right all the time. (You should have just heard me a couple of days ago explain how frost-free fridges/freezers work. Did I know what I was talking about? Who knows?) I guess I know I have mediocrity. Other white men—not so much. Not the mediocrity—the knowing. (And look—even there I'm signifying my specialness.)

I am always shocked by people who throw down an opinion about something that I consider a matter of taste, experience, or profession. "That exhibition is awful." "That movie is perfect don't @ me." "That person in that other department is stupid." I'm not like that, I comfortably—maybe even smugly—tell myself. Those people, I added, are haters. I even made a chart about it. Want to see it? Here it is:

Haters All the Way Down?

And yet. Social media is unforgiving—or uninterested—in different points of view. There are many posts, stated as an opinion, which are dreadfully wrong as fact. A lot of trolling is simply out to harm.

I read a lot (and want to believe all of it) about ideal workplaces and get depressed that mine, or most museums', aren't like that. I guess I shouldn't be that surprised that museums are unforgiving of uncertainty and opinion. Without any art history background, I lucked into a position in a publications department where I didn't have people looking over my shoulder—at least not after I learned how to make sure italics didn't fall out of publication text when I typeset it into Quark 3.3. I had the luxury of time to teach myself what I needed to know to meet the standards of my colleagues, be they editors, production managers, digital museum specialists, educators, designers, buildings managers. Yet, or perhaps because of this, I could make mistakes and learn to do something, and to think, better. Most of my best work came right after much of my worst work.

There is just so much strong feelz in the museum field. To not have an opinion immediately, to say "they have a good point," to not say "I hate them," can often get you stank-face. People look at you and ask, "where is your lit torch and pitchfork?" If you happen to be a Buddhist, colleagues call you "the zen master" or "the monk" and think you're practicing some sort of yogic mind control, when, fact is, you're just not all that upset about that supposed stupid awful person in that other department.

Being Wrong about Not Always Being Right

I always thought this goal of equanimity would serve me well. I have always enjoyed playing unlicensed staff therapist. (You don't have to be crazy to work here, but it helps!) But the downside of this unofficial role is that it costs you some passion. I don't have that drive pushing me forward in one particular part of the field. My job has always required some jack-of-all-trades-ness, so perhaps I internalized having to attempt a broad range of mastery—typesetter, technologist, instructor, scribe, archivist, psychologist, metaphysician.

But despite all the evidence, I still projected my self-identified uber-rationality onto others, still expected my accommodation would win over others by the sheer nature of my accommodation. I still pull out the acoustic guitar and strum the first few bars of Kumbaya and still feel surprised when people leave the campfire in disgust. (Someone's missing deadlines, my lord, Kumbaya! Someone's a hater, my lord!)

So who's the crazy one?

Now I wonder if I was wrong not to join in on the right angry people. Not the people who have the luxury of throwing shade without accountability. I mean the people who couldn't get angry about their shitty working conditions, the poor treatment they endured at that hands of managers or more senior staff. The people who wondered why we were working so hard and so late just because other people decided it should be so. The people who wouldn't lay off rich people, saying, hey, they're people too.

Equanimity is easy when you don't put your skin in the game. Did I just want to avoid taking a stand, or was I afraid? And just what was I afraid of? Being wrong about my past ignorance, or being wrong that it wasn't enough to just admit being wrong? Or being afraid of being wrong in the first place so I wouldn't bother to have an opinion? Does the world really need more Neutral Good characters? Is that the most Neutral Good question one could possibly ask?

I've started to question how much my view-of-no-view aligns with the logic of workplace development. Most organizational design theories are this close to being meaningless buzzwords. Empathy can be a gateway to a prison of exhausting false-sympathy. Myers-Briggs is a delusion. (Which I agree with to the turbulent depths of my E-or-maybe-I-NFJ non-soul.) Accommodation is not the same as compromising and only partially related to collaborating. (In fact, 100% accommodation is about putting everyone else's needs above your own. Ouch!)

I love reading organizational design and having if-only-we-could-make-that-work-in-my-museum feelz. (If fact, I'm sort of having that feeling right now.) Why shouldn't the case-study-of-the-day in Harvard Business Review apply to my workplace? I don't want to believe in museum exceptionalism.

But—there's so much evidence that a large cultural organization is often already splintered into fifty thousand points of disdain, and it's the height of narcissism (or perhaps the essence of social media) to think you can speak to them all equally, all at the same time. A comfortable sense of personal niceness is the enabler of white supremacy and all its related colonialist and capitalist evils. And leaders know this. From there, we breed cynicism.

This blog post started because I hadn't written in two months. Besides dealing with welcome but comprehensive and exhausting upgrades to this site's platform (Ghost), I was rethinking just why I write this blog, and what I'd like it to accomplish. (There I go again—not what I want to accomplish.) Am I writing a book? (I am, on workplace mastery. Stay tuned.) Am I starting a business? (I would say later but a comprehensive  website, with a book in the offing and a subscription or membership model coming eventually, is kind of a business, right?) Do I just want to be better at my workplace?

That kind of thinking leads you into the lands of the business-words: brand, strategy, that ilk. The bad news is that one should be—or at least act—certain when starting a business.

The good news is that business can be all about experimentation. (So can Democracy.)

The bad news is that I'm not really being paid at work to experiment, and my workplace is where I see so many of my ideas about organizational culture play out. My colleagues are not to be experimented on like guinea pigs or patronized like bunny rabbits. (And there's plenty that can go wrong in Democracy, real or imagined. And most democracies are built on the bloody sacrifice of those who didn't get votes.) In the real world, that gets people fired. Or killed.

What I'm asking for is for people—whose jobs and lives are not in jeopardy—to be open to mistakes. I'll take the heat—others shouldn't volunteer to get their heads chopped off just because I think there's a better way. We really learn best by erring, when we want to learn and be better. An organization has to allow for that. In a museum that's a particular challenge because an exhibition or publication or visitor experience with mistakes is anathema to credentialed professionals, who rely on their expertise and authority. That lack of a net has to change.

How it's going to change when we're already overworked, that's another challenge. If we reduce our overwork, does it mean doing the work that's left better? Perhaps it means only doing one person's job at a time? Where's the opportunity for innovation and experimentation in that?

What if I'm wrong about people wanting to experiment? There's a lot of I just want to do my job in the museum field. Ed Schein is eloquent in his books The Corporate Culture Survival Guide and Organizational Culture and Leadership, among others, about the survivor anxiety which keeps staff afraid that some important goal isn't being met, versus learning anxiety which keeps staff from wanting to learn something new for fear that this new skill will be used against them, that they are just training their Skynet (or just younger human) replacement. It's a very useful model when looking around at colleagues and saying, why won't people just try?

Perhaps, in this sense, I've lasted as long as I have at my museum precisely because I'm wrong about this. We're all multitudes, and workplaces scale. This bodes ill for getting other people to change, but bodes well for my willingness to keep Sisyphusing that rock up that hill.

Maybe, one day, we'll all roll, and we'll be right about being wrong.

It's been a while since my last post, so I have a lot here. Besides recently finishing the Ed Schein books mentioned above, and the audiobook version of The Personality Brokers (about the mother and daughter who created the Myers Briggs Type Indicator) by Merve Emre, I read Range by David Epstein, the online book Shape Up from Ryan Singer of Basecamp, Emergent Strategy by adrienne maree brown, How to Be an Antiracist by Ibram X. Kendi, and finally finished The Fifth Discipline by Peter Senge. I'm working on The Mushroom at the End of the World by Anna Lowenhaupt Tsing and now How Democracy Ends by David Runciman. I also cleared out Pocket, finishing off about 100 articles in the past two weeks, to keep it to one screen's worth of articles to read.

The Not-So-Fine Art of Being Wrong in Museums by Robert J Weisberg is licensed under a Creative Commons Attribution-NonCommercial-ShareAlike 4.0 International License.

I work on print and digital, labels and books, and make workflow and org design fun. No, really. I learn and teach and write everything down. 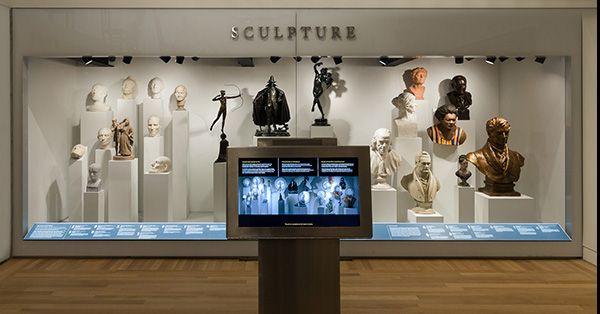 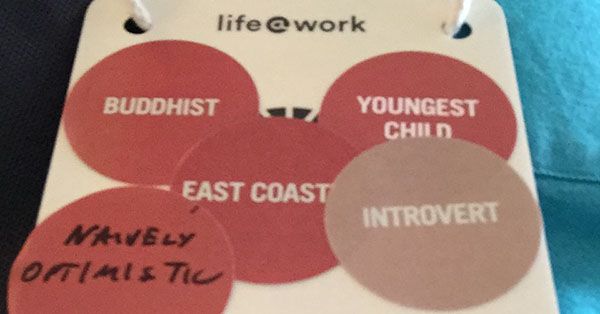 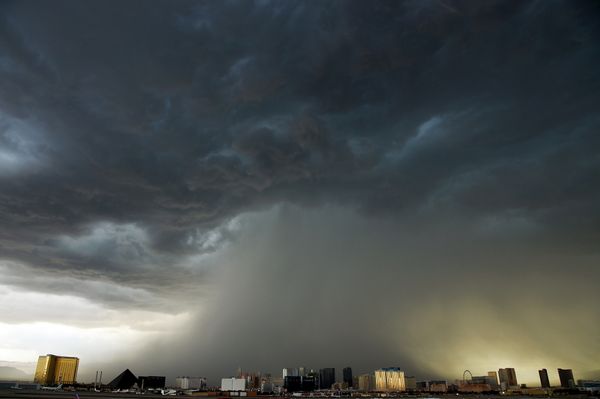 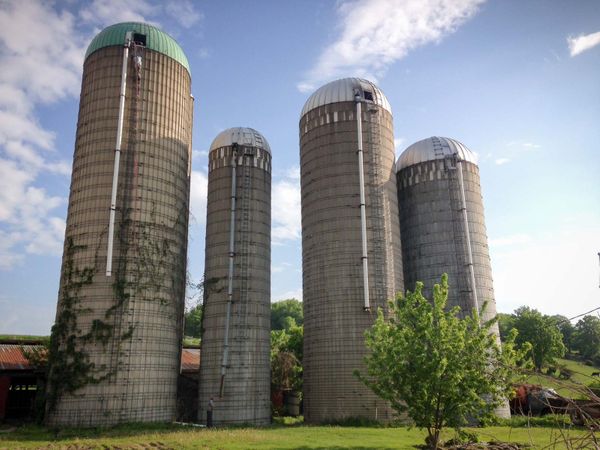 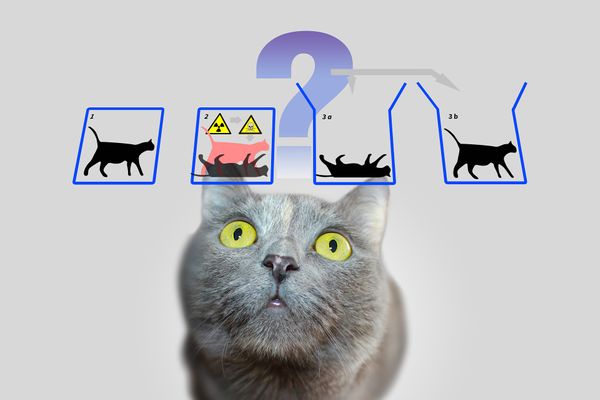 The Schrödinger's Career of Working in Museums 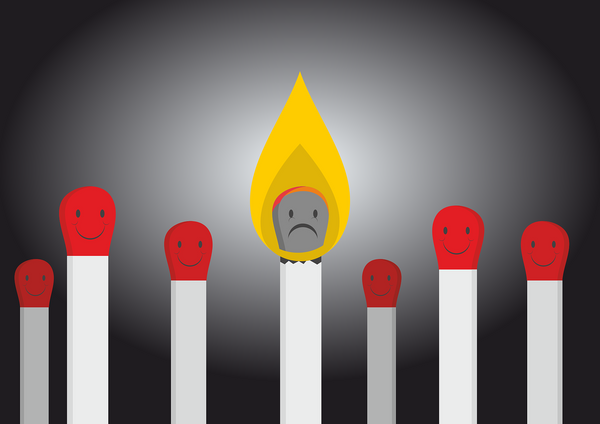